Once again, the MLBA and MMBA held our annual “Day at the Capitol” event on Wednesday, February 27th. Even though the day started out with another February “blizzard”, we had record attendance for this event!

The attendees were briefed on many issues including:

Lunch was provided (sponsored by IL Casualty Company) and attendees then met with their Representatives and Senators and there were several guest legislators that spoke including Senator Gary Dahms of Redwood Falls and Representative Greg Davids of Preston. 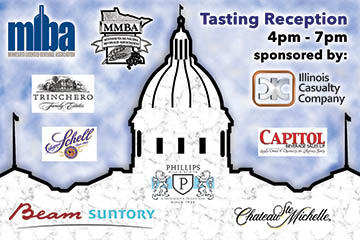 The day wrapped up with a tasting reception sponsored by:

The MLBA will have the 20th annual Spring Conference back at Craguns Lodge and Conference Center on Sunday, May 19th. The 31st annual MLBA Golf Outing will be held on Wednesday, July 10th at Dahlgreen Golf Club in Chaska.